The Oklahoma Highway Patrol provided that information shortly after 1 p.m., more than eight hours after the grandfather told Choctaw County Sheriff’s deputies that he discovered Brooklyn Loudermilk had disappeared from their campsite at Raymond Gary Lake near Fort Towson.

The OHP did not provide any additional information about the status of the child. 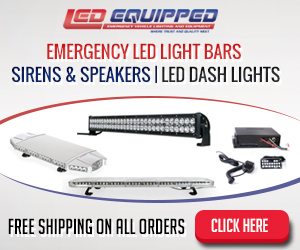 Earlier, Choctaw County Sheriff Terry Park said the grandfather noticed that Brooklyn was gone from the Raymond Gary Lake swimming area on the east side of the lake around 4:30 a.m. The man’s wallet, truck keys and cell phone were also gone, but his pickup had not been stolen.

The Rowlett, Texas, man told the sheriff he suspects five people they met at the lake could be responsible.

“He states he ate hot dogs and was drinking beer with them,” Park said in a written statement. Those people also disappeared along with Brooklyn.

The Oklahoma State Bureau of Investigation issued an Amber Alert for the girl and for four women and one man believed to be with her at 9:45 a.m. Wednesday.